Can CBD Help With Heart Disease?

Can CBD Help With Heart Disease? 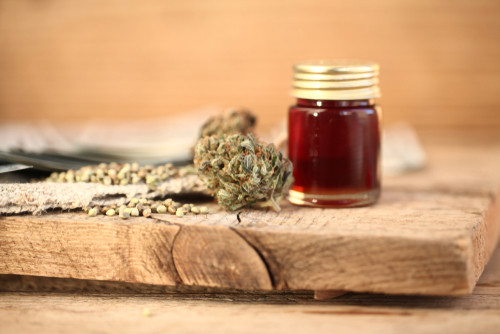 The use of cannabidiol CBD for treating a wide variety of ailments is increasing due to its therapeutic and medical benefits like reducing pain and inflammations, lower anxiety and stress, and wound healing, etc. More researches are conducted to better understand its potential benefits to make it a part of regular medical treatments. One such area where CBD is found to be especially useful in is treating different symptoms of heart diseases mainly due to its anti-inflammatory effects, read on to know more.

A General Introduction To Heart Diseases

Heart disease is the leading cause of death in both men and women in the US, in most cases, it develops due to lifestyle habits like smoking, alcohol consumption, lack of exercise, or disease like diabetes. Some of the reasons for its development are narrowed, blocked, or corroded blood vessels thereby affecting the blood flow. This is due to the thickening of arterial walls or by the buildup of plaque over time. It can also happen due to fault with the arterial valves. Also, bear in mind that it affects people of almost all age groups.

Treating heart disease can be tricky because of the factors that must be considered before beginning a treatment course. It primarily depends on the type of heart condition and there is also the inherent risk of side effects from the medicines used in its treatment. That said, one of the alternative medicines that people can rely on is cannabidiol (CBD) products like CBD oil. This is mainly due to its multitude of health benefits along with the lack of severe side effects. Moreover, CBD is more accessible for medical uses with the US Farm Act of 2018 that legalized hemp cultivation and products derived from it like CBD oil.

CBD benefits for heart disease are due to its positive effect on the endocannabinoid system (ECS) which is a network of neurotransmitters and chemical messengers spread through the body. The ECS regulates many homeostatic functions like heart rate, body temperature, and blood coagulation, etc. Here are the main integrants of the ECS.

So, through CBD’s influence on the ECS, it reduces cardiovascular inflammation, lowers blood pressure, and minimizes cardiac arrhythmia or irregular heartbeat.

CBD For Reducing Inflammation: One of the primary triggers of heart diseases is cardiovascular inflammation and it causes damage to arterial walls. This can be due to reasons like side effects to medicine, autoimmune issues, virus infection, certain diseases, lifestyle, and habits, etc. Cannabidiol (CBD) is useful in reducing this inflammation due to its anti-inflammatory effect. When you consume CBD, it attaches to the CB2 receptors, and this reduces the attack by immune cells and thereby reduces inflammation.

CBD Reduces Cardiac Arrhythmia: Cardiac arrhythmia is a condition where the heart beats with irregularity, it beats either too fast or too slow. It can be completely harmless unless the condition is caused due to damaged arterial valves and poses health risks if not taken care of. CBD is useful in treating this condition because of its positive effect on cardiovascular health, and more studies are conducted to better understand this effect of CBD in cardiac arrhythmia. It is assumed that this is due to the crucial role played by 2-AG.

According to a major study, CBD’s positive effect on cardiovascular health makes it useful in treating heart diseases and prevent the incidences for stroke. Additionally, it reduces the chances for cerebral ischemia, i.e. reduced blood flow. Reduced blood flow in the brain due to blockage causes brain damage and most often results in permanent impairments.

More research and clinical studies are required to better understand CBD’s positive effect on treating heart diseases because it is a better alternative than pharmaceutical drugs. 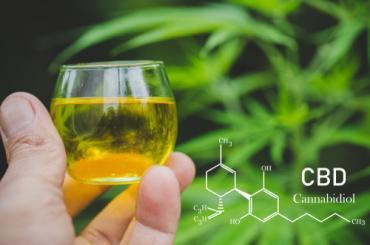