Can You Have CBD With Alcohol?

Can You Have CBD With Alcohol? 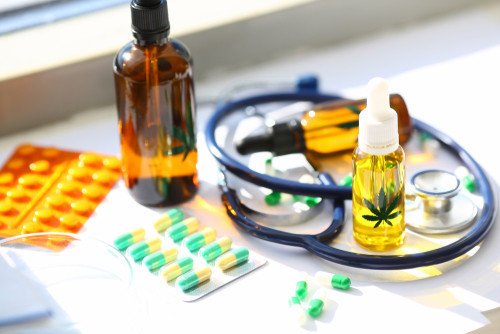 Cannabidiol (CBD) is a naturally occurring and non-intoxicating compound found in the hemp or marijuana plant. Pure CBD is typically extracted from the hemp plant and then mixed with a carrier oil, such as coconut, palm, olive, or hemp seed oil. However, CBD oil which is made from cannabinoids extracted from other cannabis plants will have a large amount of THC unless it was separated from the others. CBD is the second-most abundant cannabinoid present in the cannabis plant after tetrahydrocannabinol (THC).

CBD health benefits include anti-inflammatory, anti-anxiety and seizure-suppressant, aiding pain management and improving skin health properties. But CBD, unlike THC, doesn’t have any psychoactive properties. CBD is presently available in many parts of the world in different categories including sprays, capsules, food products, tinctures and as even shots.

Different animal studies prove that CBD can reduce liver and brain-cell damage caused by alcohol consumption. It may also help decrease blood alcohol levels and even help treat alcohol use disorder, though there is a requirement for more research in the future.

Alcohol also can have similar effects on the human body. As everybody knows, alcohol is used to reduce self-consciousness and increase a feeling of relaxation. Consuming alcohol and CBD together could surely amplify these effects, potentially a feeling like increased sleepiness and sedation. Some users even claim that consuming these together will intensify the effects of both, inadvertently changing one’s mood and behavior.

What Happens when CBD And Alcohol Are Had Together?

It is obviously understood that consuming both CBD and alcohol both of them together may amplify these effects many times. There is not much research done on this subject and thus health effects of taking both CBD with alcohol together.

Increased amounts of alcohol consumption can cause damage to human cells by increasing the risk of inflammation. Also it can cause chronic diseases such as pancreatitis, liver cirrhosis and certain types of cancers. Some researchers claim that CBD may protect against alcohol’s side effects. More studies are needed to know whether CBD can stop alcohol-induced cell damage in humans. Studies regarding alcohol and other addictive disorders have been going on recently, involving CBD oil for alcoholism in rats. Those have observed that CBD may protect against cell damage caused by alcohol consumption. It’s still unclear whether CBD has similar effects in humans.

The topic of using CBD for alcohol withdrawal is also often discussed recently. Some researchers are primarily focusing on the mechanisms by which hemp-derived CBD oil may work to alleviate acute withdrawal and alcohol cravings after stopping alcohol consumption.

In another instance, a hangover can be called a response of one’s body to complex chemical imbalances such as dehydration, enzyme conversion, and excess cytokine production. In a nutshell, hangover symptoms can be like headaches, nausea, dehydration, fatigue, moodiness or Inattention.

There are a lot of hangover retrieval techniques like drinking coconut water, coffee, Advil or even a bit of sleep, hydration or consuming complex carbohydrates to increase blood sugar levels. Recently it is noticed that people are turning towards CBD products for a better and speedy relief.

How Does CBD Help Our Body?

In case one is dehydrated and one of the quickest ways to ease a hangover is to replenish body fluids and electrolytes. Since CBD is a known neuroprotectant and antioxidant, consuming CBD oil in the morning might add some essential vitamins back into the affected person’s body and help get rid of the hangover-inducing toxins like acetaldehyde. Also scientists have succeeded in finding a remedy in CBD for ailment conditions like joint inflammation and arthritis pain.

Researches Done On The Effect Of Consuming CBD Along With Alcohol

There were contradictory reports on research in the consumption of CBD along with alcohol on animals and humans. Blood alcohol concentration (BAC) is a measure of the amount of alcohol in one’s blood.

One study in the 1970s found that there was significantly lower blood alcohol levels than when alcohol was consumed alone. But several animal studies have reported that CBD did not reduce blood alcohol concentration when it was given to animals alongside alcohol. Therefore, more research is required to ascertain the effect of CBD on blood alcohol levels in humans.

Another research was at the effect of CBD to treat alcohol use disorder. Certain studies on animals have shown that CBD can help reduce several symptoms of addiction and withdrawal. One recent study conducted to find the effects of CBD in alcohol-addicted rats revealed that it helped to reduce alcohol intake, prevented relapse and thus decreased motivation to consume alcohol. Unfortunately there was not much research done in humans behavior in this respect. Apart from that, there was another study in which 24 smokers found using a CBD inhaler for one week reduced cigarette use by 40% and this result encourages the possible chance of curbing addictive behaviors in alcohol too. More quality studies are required to be conducted to ascertain if CBD can help with alcohol addiction in humans. 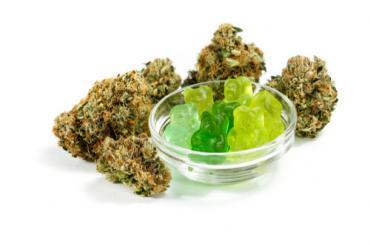 A Primer On The Science Of CBD